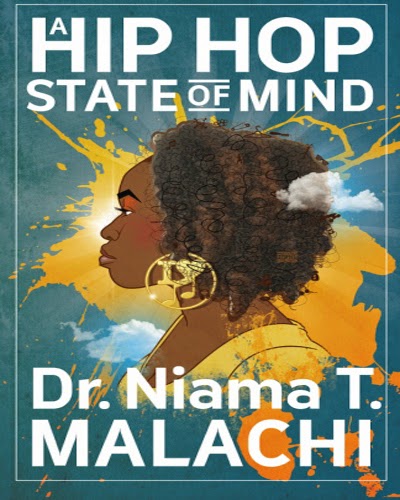 Dr. Niama Malachi's "A Hip Hop State of Mind" as a Catalyst for Social Change

One of the anticipated highlights of the LABBX is the book release of Dr. Niama Malachi's "A Hip Hop State of Mind" in building TEC room 121. The release entails a round table panel discussion that includes: Kevyn Jerome Nelson, Managing Editor Blende Magazine; Dr. Donald E Grant Jr., Executive Director Mindful Training Solutions,LLC; Darrel Andrews, Director of Music Partnerships and Acquisitions at OmniaMedia, Inc.; to name a few. The topic of the discussion will be "Hip Hop as a Catalyst for Positive Social Change" where the audience will be able to ask questions. Books will be available for purchase and signed by Dr. Malachi.

The release will be from 10:30 am until 12:30 pm at South West College in Los Angeles, CA. located at 1600 West Imperial Highway, Los Angeles, CA 90047. Attendees are advised to enter through the Denker Avenue gate, to parking lot and structure #8 and #13. Parking is free throughout the day as well as entrance to the expo. ABOUT "A HIP HOP STATE OF MIND" Are Strippers, Drugs, and Money keeping Hip Hop alive? Or, does Hip Hop continue to survive due to its ability to inspire, motivate, and passionately serve as a voice for its fans worldwide? Has Hip Hop been over commercialized? Has its message been lost in all the money it generates? Are there smaller genres of Hip Hop that still embody the true nature of the musical movement? Is Hip Hop truly an expression of freedom of speech for a generation?

From NWA and censorship to Common and Fox News, for a number of decades Hip Hop has taken on more than its fair share of criticism. Yet, after 40 years since its creation, a plethora of questions still remain. In order to answer some of the most complex questions about Hip Hop, Dr. Niama T. Malachi orchestrated a dynamic study that would take her from the streets of Bronx, NY, where Hip Hop originated, to Hip Hop in its current most active form. She submerged herself in the Hip Hop culture by meeting with artists, video models, executives, pioneers, and members of the culture. She attended numerous video shoots, concerts, parties, cultural events, tours, and lectures; even once bravely taking on the role of a video model herself! During the study, Dr. Malachi ingeniously employed social psychological theory to evaluate the state of Hip Hop and its impact on the Black Community. "

A Hip Hop State of Mind" is a creatively crafted manuscript that details her astonishing journey through Hip Hop. It gives readers an in depth look at the honest nature of the Hip Hop culture, while illuminating ways that Hip Hop can be used as a catalyst for positive social change.
Hip Hop State of Mind book LABBX