The truth about Gizelle and Jamal Bryant's Divorce 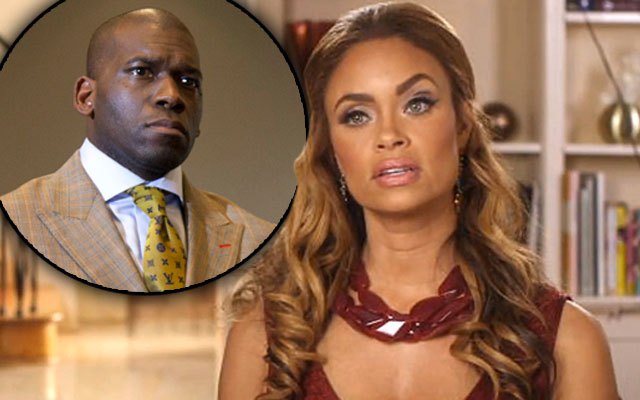 All season long cast mates have been commenting on the nerve Gizelle Bryant has to be a mean girl to newcomer Monique Samuels on Season 2 of the "Real Housewives of Potomac,"  especially considering her failed marriage with a prominent Baltimore Pastor Jamal Harrison Bryant.  Bryant was accused of infidelity. Gizelle has not denied that her ex was a serial cheater. Continuing to use her married name, she apparently has nothing to hide, but acts as if she has forgotten her struggles while trying to reinvent herself.

From the moment they met, Gizelle treated Monique like she was beneath her, having a contrary opinion about almost everything the wealthy young mother of two said. During the recent cast reunion, fed up with Gizelle's criticism, Monique the wife of retired NFL player Chris Samuels, told Giselle at least she does not have to rely on the tithes of church members.  While Gizelle has a new make up line, she has never mentioned having another job on the show. Monique and her spouse both work in real estate.

Here is the initial account of why she and her ex-husband divorced per court records:

GIZELLE BRYANT VS. JAMAL H. BRYANT: Popular pastor and wife in divorce drama.
-- by Mona Austin
Mega church pastor Jamal Harrison Bryant and his wife Gizelle are
headed to divorce court.
After 5 and a half years of marriage Gizelle Bryant filed for a
divorce in the Circuit Court for Montgomery County on January 9.
The clergyman also filed divorce papers in Baltimore City Court on
the same day, the Baltimore Sun reports.
Jamal Bryant is the affable 38-year-old pastor of Empowerment
Temple A.M.E in Baltimore, Maryland. Many view him as a burgeoning
voice in the AME (African Methodist Episcopal) denomination as his
influence has extended nationally and internationally.
Known for articulating relatable sermons, the former 11th grade
drop-out who entered the prestigious Morehouse College with a GED, has
not released a statement about the situation, likely under his
attorney's advisement.
"This is a private matter between Dr. Bryant and his wife, and
we'd like to keep this matter private," attorney Jimmy A. Bell told the
paper.
The copious blog and chat entries on the troubled marriage suggest
this may be a personal matter, but it is far from private. Scandalous
rumors of alleged affairs with several women have been rampant since the
couple's engagement. His supposed womanizing went overboard when he impregnated a church member said to be 17 at the time of  copulation. When accusations of this affair surfaced in the Summer of 2007, church leaders asked him to step down while they initiated an investigation and awaited paternity test results. Months after the
investigation, Jamal Bryant remains the pastor of Empowerment Temple.
Court records acquired from the Circuit Court of Maryland do
indicate the pastor is the father of a least one other child who was
born before he got married. The couple has a set of 1-year-old twins and
a 3-year-old.

Part 2 of season 2 of the "Real Housewives of Potomac" airs on BRAVO on Sunday July 23 at 10 PM/EST.

October 19, 2013
buzzz worthy. . . What do Anthony Weiner, a politician and Deitrick Haddon, a preacher have in common? Allegedly, sexting. Nude photos and text messages from the gospel artist and co-star of Oxygen's new hot reality show "Preachers of LA" (POLA) have surfaced.  According to the Funky Deniva blog , an ex-lover of Haddon's has supplied incriminating shots of the  "God Didn't Give Up on Me" singer dating back to 2008.  If there is any truth to this  allegation, this may be an extreme example of what critics of the show were afraid of -- exposing the frailties of men of the cloth. The story was posted on October 17, which was the last time Haddon tweeted. Funky Deniva says he received a text from a woman (who could be using an alias), who identified herself as "Simone the woman he cheated on his first wife with." Even though the affair would have occurred five years ago when Haddon was married to his ex-wife, gospel singer Damita Haddon
Read more